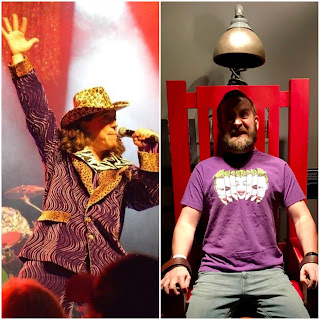 
As a teenager, Jesse Yost used to sneak into The Pomp Room with the help of his older brothers. He ended up taking the stage himself as a musician in bands like The Glory Holes and 12 1/2 Charlies. When The Pomp Room had its final show, The Glory Holes were the ones to send the club out in funky style.

Austin Kaus used to write fake dentists appointment notes so that he could make the two-hour drive from Wessington Springs to Sioux Falls for all-ages shows at The Pomp Room. He saw GWAR behead the Pope, Blink-182 play second on a four-band bill, and Neurosis transport him to a different dimension...twice, but he was never old enough to order a beer. The Pomp Room was gone before he turned 21.

The Pomp Room is gone.

But Yost and Kaus have memories. They've never been able to shake them, the feeling that The Pomp Room gave them, the influence it had on their musical tastes and on their lives. They decided to combine forces and make a documentary on a bar that meant so much to them and--as they're learning--thousands of musicians, fans, party animals, and employees.

In recent years, hundreds of interviews have been conducted. Boxes and suitcases of memorabilia have been collected. Stories have been told, and tears have been shed. Work is underway on the final stretch of making this film a reality. And what a reality it shall be...

Popular posts from this blog

Laughs, tears and a hint at the stories from the Pomp Room's greatest characters are all here.
Read more